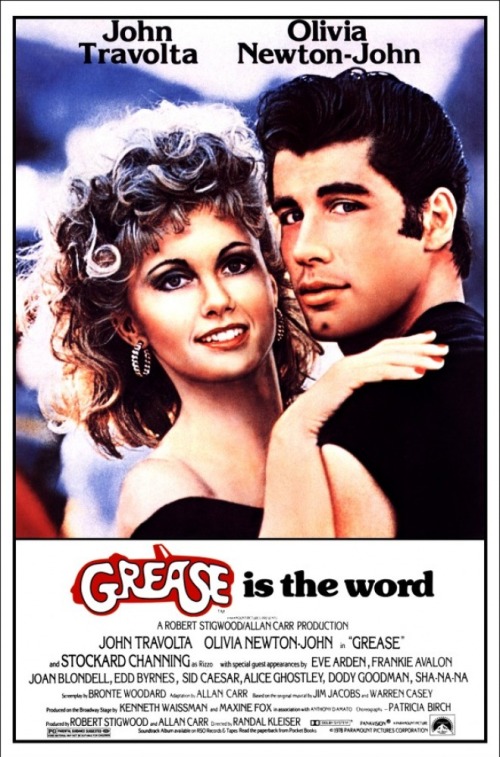 Synopsis: Australian good girl Sandy and greaser Danny fell in love over the summer. But when they unexpectedly discover they’re now in the same high school, will they be able to rekindle their romance despite their eccentric friends?

With the incredible success of Saturday Night Fever, it seemed like movie musicals were about to change tack in a big way. Fever‘s very non-traditional dismissal of too-perfect choreography and irrelevant showstoppers combined with an effective blend of pop music and pathos, and the audience’s embrace of this, indicated a very different direction for future musical projects. The days of the movie musical, as it had existed for years on the big screen, seemed numbered.

Then Grease came out, became the highest grossing musical of all time, and everything went back to normal. 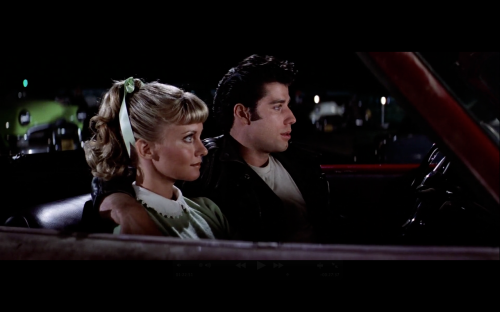 Grease, producer Allan Carr’s nostalgia-fuelled attempt at revisionist history, is unapologetic Hollywood product: a shameless crowd-pleaser totally devoid of any relevance or substance. When people say that they detest musicals, Grease is why.   It’s an empty, soulless movie, following the late 70s lead of Star Wars and greasing up the audience for the kind of disposable “young people’s entertainment” we’ve been doomed to endure ever since. Have a look at today’s movie listings, and for every pandering, contrived blockbuster that stares back at you, remember to thank Grease. 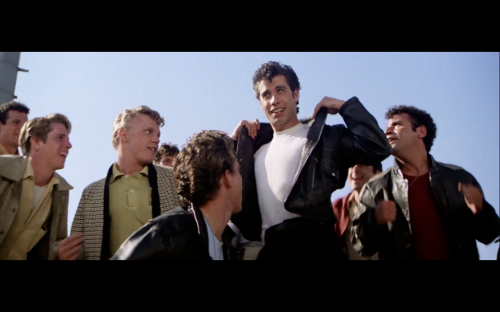 Its original songs (those written for the stage production) are the worst kind of theatresports-esque “sing about it” drivel, and it’s interesting that the biggest hits to come from Grease‘s wildly popular soundtrack were three songs designed specifically (and cynically) for the film: ‘You’re the One That I Want’ and ‘Hopelessly Devoted to You’, both crafted by star Olivia Newton-John’s personal producer John Farrar, and the title track, written by Barry Gibb at the insistence of the film’s producer (and Bee Gees manager) Robert Stigwood. 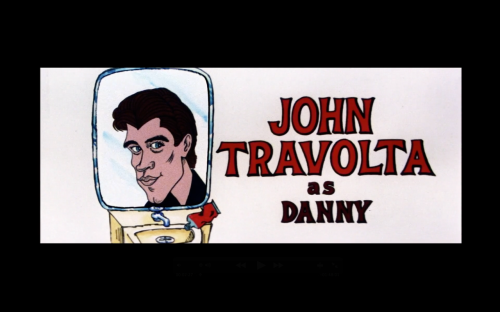 Stigwood’s other protege, John Travolta, is front and centre here once again, trading in the respectability he gained from Fever for a leather jacket and a spit-curl. Unlike Tony Manero, Travolta’s Danny Zuko is all image and no substance…kind of like Grease itself. In an all too characteristically obvious move, the film underlines the thus-far theatrical association between John and music by making him sing. 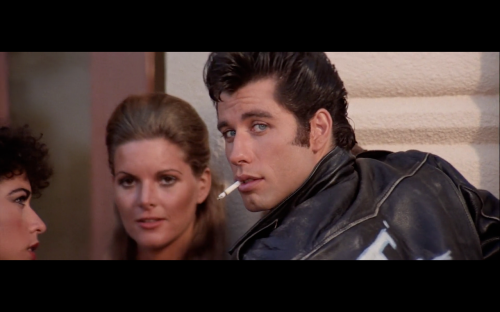 One thing the movie does to its credit is steer Travolta away from being forever typecast as a disco king…by showcasing his intergenerational range. He makes for a pretty convincing Hollywood greaser, the answer to anyone who ever complained that the Fonz didn’t do enough ballads. 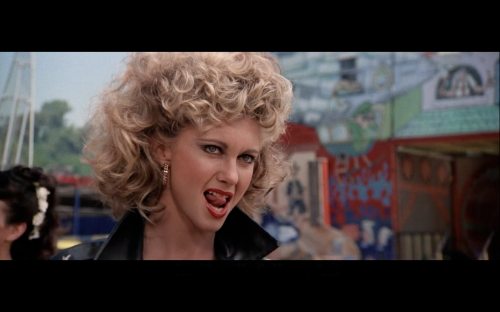 If the film has a message at all, it seems to be “hey ladies, if you can’t get the boys to pay attention, pander.” (and to a lesser extent, “hey guys, give in to peer pressure.”) While it could be argued that it’s a subversive and ironic filtering of 50s attitudes through 70s progressiveness, I feel that any kind of subtext was missed by both the filmmakers and the audience, and all that remains is that message. It’s pretty creepy. 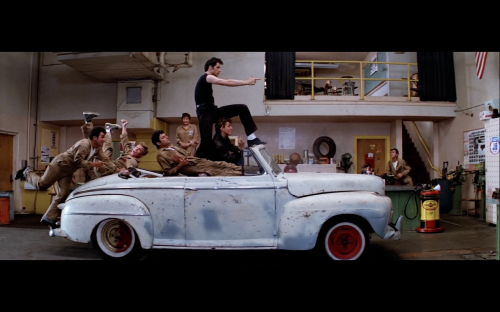 Grease is a film of the 70s looking back all misty eyed at the 50s, the way Boogie Nights would do at the 70s from the 90s. The difference is that Boogie Nights was analytical where Grease is pure fantasy. I’m not saying a film has to have substance to be any good; it’s just that the foundation Grease is built on is so shoddy to begin with. Any statement it wants to make can be found in the animated credits sequence (the film’s strongest). Originally, that sequence was to feature a completely different song, until Stigwood replaced it with the Gibb track. I think that right there tells you everything you need to know about the kind of mindset that made this film. 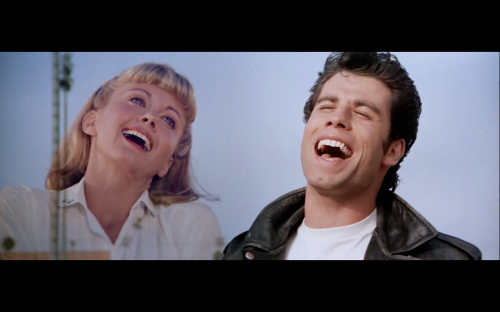 I think please is the word.